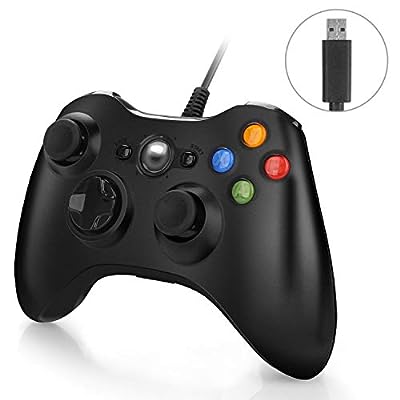 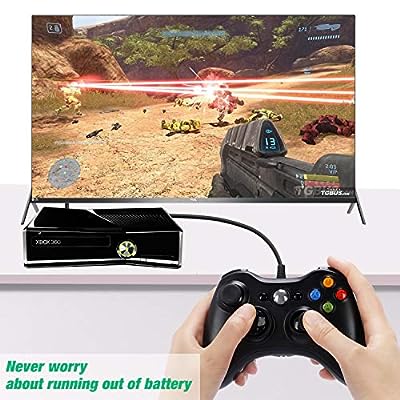 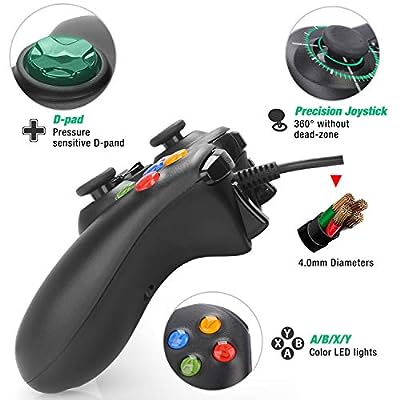 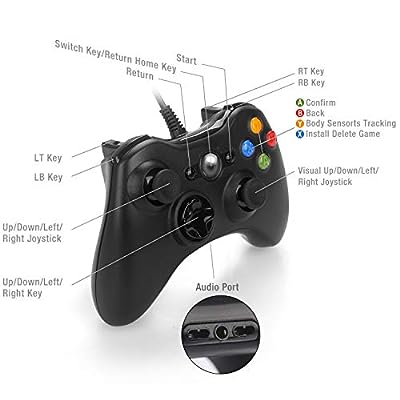 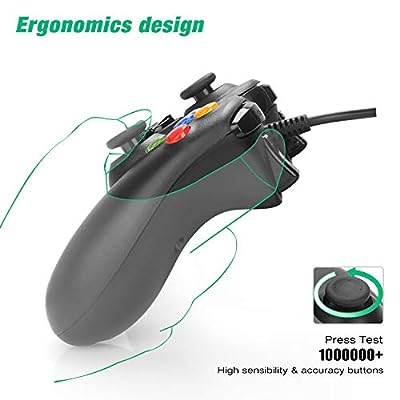 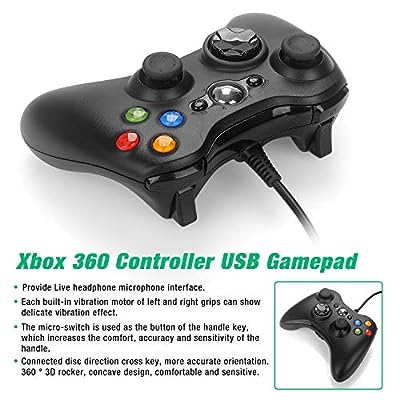 Specially Designed for Xbox 360 and PC - This Xbox 360 Controller is for Xbox 360 and PC Windows 10/8.1/8/7, a great replacement and also alternative for your original xbox 360 wired controller. Easy to Use, Plug and Play - Easy to install and requires no software. With extended 5.5ft cable plugs into your console, you can sit and enjoy your game at a comfortable distance. Dual Vibrator and Sensitive Buttons - Precise thumb sticks,two pressure-point triggers, two vibration feedback motors and an 8-way directional pad help you stay in control. Ergonomic Design and Rapid Response - Asymmetrical design of the joysticks is based on ergonomics and designed for the most comfortable thumb position, and all buttons are easy to press and respond immediately.Ensure you optimal feeling when playing. XBOX Live Play - Integrated headset jack possess the ability to record audio for Xbox 360 games to match your personal preference for Xbox Live play. They will bring you into a dreamy gaming scene. 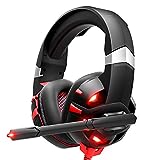 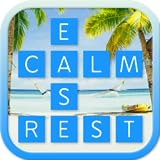 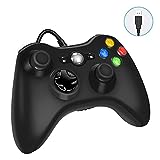